The Way of the Cyber Warrior: Tactical Cyber Threat Response

Incident Response is the practical operationalization of risk, i.e., a structured approach to tactical cyber operations in the context of uncertainty and ambiguity. In this section, we will lay out some decision making models and their implications.

Decision making is usually classed as a rational process by which intelligent agents select a course of action based on projected scenarios and goals. Despite the previous sentence’s encompassing definition, there are many aspects that are not self-evident: whether emotion and intuition play a role in decision making, whether our action course needs to be perfectly planned before any execution attempts or whether it accepts margins of error, whether our criteria are flexible or not, etc. A decision that is rational to one actor might not be so to another one simply because their criteria for what constitutes a logical choice differs. For some, best course of action means a perfectly orchestrated sequence where failure to execute one of the steps in the chain means the whole plan falls through. For others, best course of action can be interpreted as a satisfactory plan that does not produce the maximum return in exchange for its execution, but generates a “good enough” outcome. What is it then, that we mean when we talk about best course of action? To define this, we first need to clarify what constitutes the rationale (or rationality) by which choices are evaluated.

A known social scientist called Herbert A. Simon defined rationality in terms of a behavioural nexus between preestablished objectives and the means to reach them1. The novelty of this definition lies in the introduction of the behavioural component of people’s decisions. For Simon, even the adherence to, and regulation by, a parameter such as “rationality” is a choice based on behaviours that are anchored in values. What the different decision making models have to offer then is a different conception of this behavioural nexus that binds intentions to actions through a regulatory framework such as a the concept of rational choice. When we speak about rational process or choice in the context of decision making models, we must clarify that rational choice theory uses a much more narrow definition of rationality than what can be found in philosophical disciplines. However, even under a constrained definition of rationality, people’s behaviour rarely conforms to what is rationally expected under defined parameters of what is logical in a given scenario.

To Simon, the distance between rationality and behavior is bridged by the concept of “decision”. Making a choice means selecting one of many possible alternative courses of action. A decision is the process trough which this selection is performed.

These categories can be broken down into different models:

Concomitantly, decision making can be categorized in three levels depending on the organizational scope in which they are defined and effectuated:

Also known as the rationality of neoclassical economical theory,

assumes that the decision maker has a comprehensive, consistent utility function, knows all the alternatives that are available for choice, can compute the expected value of utility associated with each alternative, and chooses the alternative that maximizes expected utility3

Under this framework, the most astringent interpretation of rational behaviour takes place. The agent is required to spend significant time and effort defining the list of potential alternatives relevant to the case, as well as the computed value of such alternative. When all the necessary variables have been captured, the agent is then expected to have all the required data points to choose the scenario that produces the maximum outcome ( the best return on investment, be this time, money or other resources).

In practical circumstances, this framework assumes conditions that are almost impossible to fulfill in human terms. Despite this, there is a model that is popularly accepted as an abstraction of the rational approach called the 7 steps process.

Since there is no practical model that can accurately express the high theoretical standards of a global rationality framework, the 7 steps process represents an effort to abstract the main demands of the rational approach into a sequence of tasks. These tasks can be broadly regarded as a universal model for decision making under perfect conditions.

This process consists briefly of the following steps:

As you can see, these steps could be used to explain the majority of decision making models which are in essence variations to this very abstract process definition.

The global rationality approach operates based on the assumption that it is possible to “objectively” describe the decision field of an agent. In this objective decision field, we can only encounter external constraints which are potentially identifiable in their full scope. Such constraints are laid out in front of us, they are assumed to be self-evident given the right amount of information about the problem. In opposition to the global rationality approach, bounded rationality tries to account for the factors that explain an agent’s internal constraints. The subjective environment that filters and limits the agent’s cognition of the surrounding field of possibilities. An agent’s contextual awareness and perceptual processing of its decision field adds constraints that make decisional actions more realistic. Agents are limited by their capacity to compute multiple different scenarios, both in quantity and quality. Simon states that

Let’s explore some bounded rationality models and what are their mechanics. 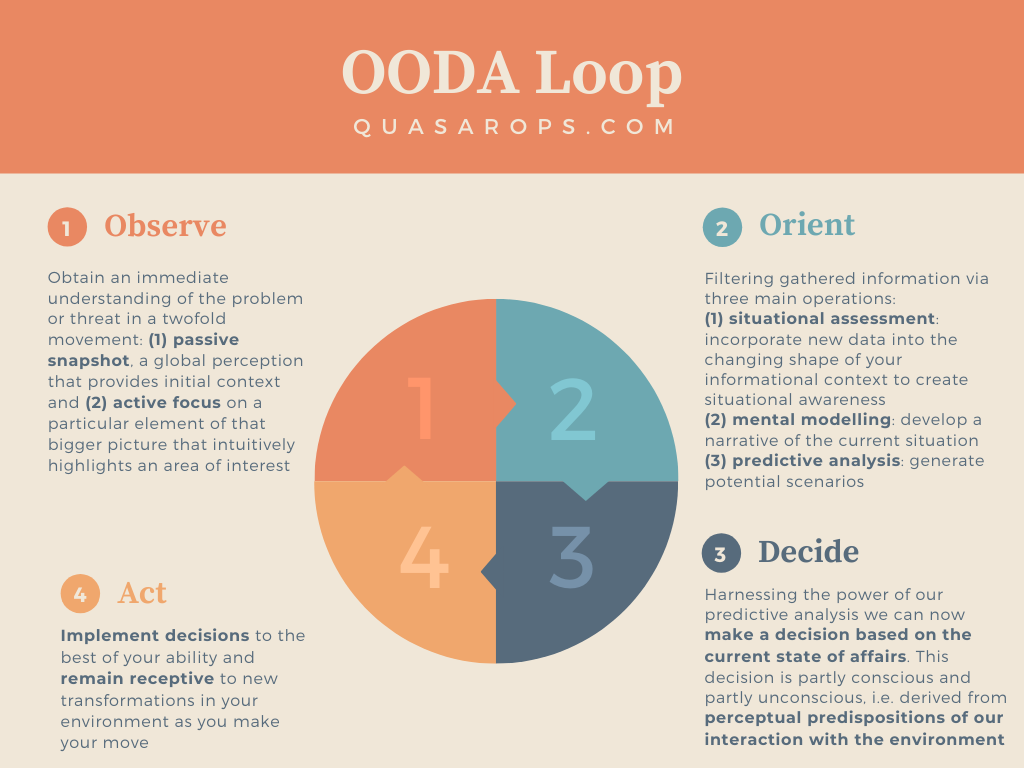 PDCA is a four-stage iterative approach to continually improve processes. It became widely known due to American Professor and Engineer W. Edwards Deming who later used the concept of Plan-Do-Study-Act (PDSA) since he wanted to emphasize the analysis aspect of it as opposed to a mere inspection. 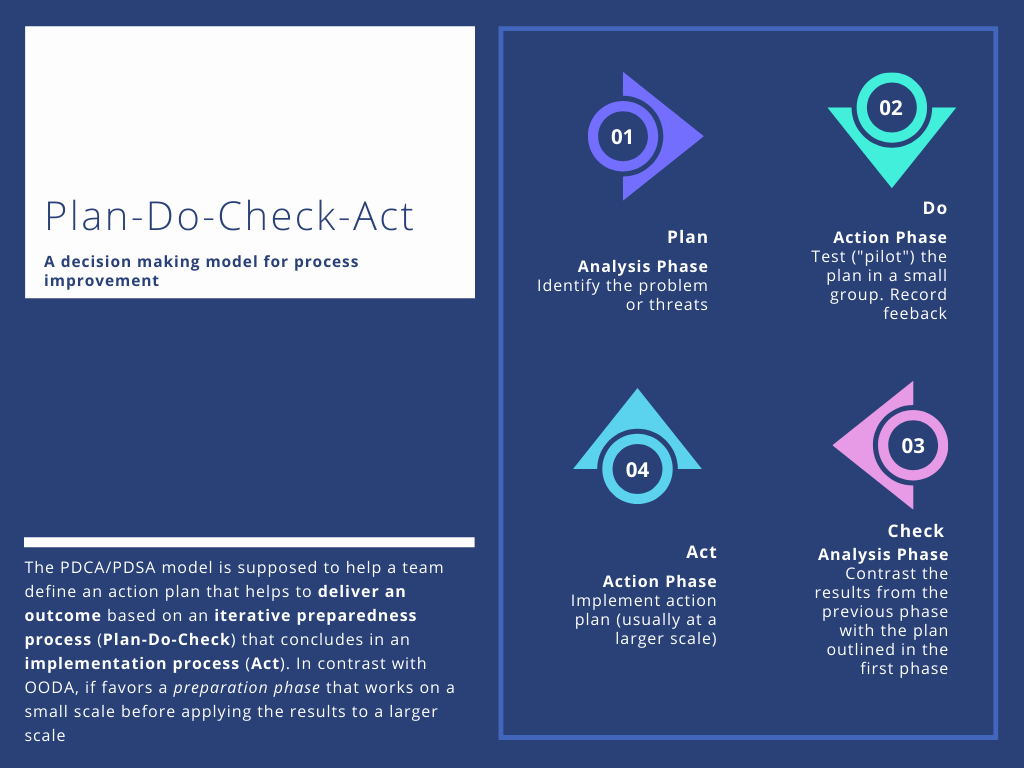 The aftermath: is it enough with models?¶

We have explored some decision making models and we could walk away armed with this knowledge to start implementing it in our business operations. Sounds relatively doable right? However, the problem that still lays ahead of us is the understanding of how these models interface with the complexities of the business and human world. In other words, what are the relevant factors to consider when translating the complex environments of societal living and business structures into decision frameworks that guide our actions and shape our leadership styles? We shall explore this in the next section.